When immigration turns to slavery 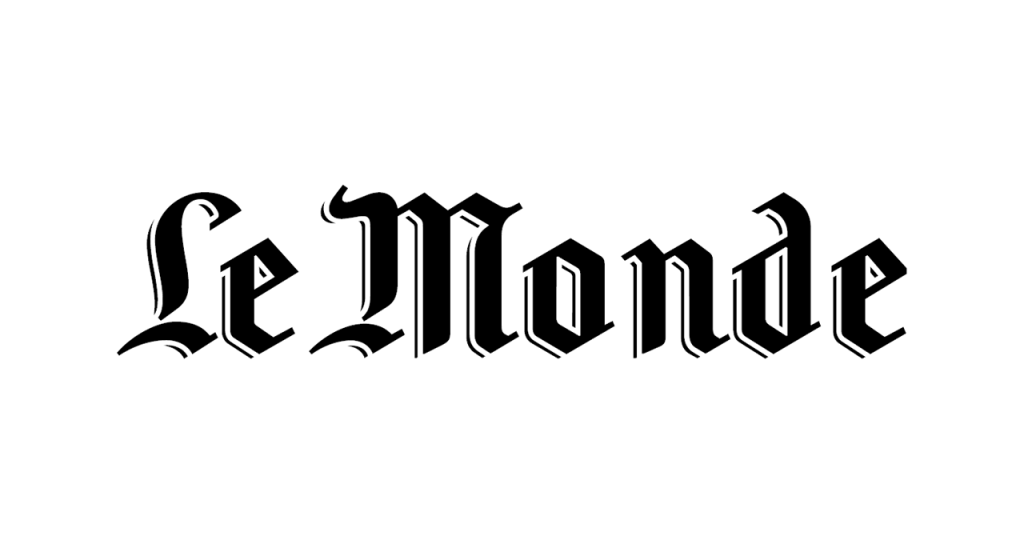 Safia Kharun has managed – just – to celebrate her twentieth birthday a free woman. When she arrived in Paris from Mogadiscio, Somalia, via Djibouti in 1991, she was just in her teens. She then underwent four years of slavery under a cruel mistress. In 1995, after a number of failed attempts, she managed to escape. She was found on the pavement by the police, her face bleeding. They took her to hospital, where she was found to be bruised, undernourished and suffering from tuberculosis. Safia is now recovering, living in a hostel and going to a special day centre. She is learning French and dressmaking. But she is lonely, with few friends in France and no family left in Somalia. Every night, she has the same nightmare: « I see ‘her’ at my bedroom window; she is beating me again. I wake with a start and say ‘Lord God, deliver me from the demon’. » Safia Kharun has lived a new chapter in the contemporary history of slavery

« The thinkers of the Enlightenment were quick to condemn Greek and Roman slavery. But they said nothing against the black slave trade at the height of their golden age. Things are much the same today. We condemn the slave trade but say nothing about what is happening before our very eyes. » Louis Sala-Molins, professor of political philosophy at the university of Toulouse-Le Mirail, wants none of the fairy tale that has history stop on 27 April 1848, the date when the young Second Republic signed the decree emancipating black slaves (1). « In its classical form, there were five main aspects to slavery: brutalisation, the absence of any legal rights, buying and selling, specific networks and the fact that this was the norm. All these characteristics can be found in quite a number of present-day situations. »

The United Nations cannot argue with that. In 1974 it set up a working party on contemporary forms of slavery at the Human Rights Commission in Geneva. While the London-based non-governmental organisation Anti-Slavery International has been working constantly since it was formed in 1839, it took until 1996 for a similar association, the Committee Against Modern Slavery, to be formed in Paris (2). Its thirty unpaid workers have a daunting task, derisory funding and polite indifference on the part of the authorities. The team is headed up by Dominique Torrès, a journalist with the television station France 2. She scours the globe for signs of new slave traders (3). The leads she follows take her to remote places before bringing her back to Europe. « Slavery isn’t unique to the southern countries. It exists here, too. »

In two years, the committee has dealt with some 50 cases, most of them women. They leave Asia, Africa or the Middle East for a promised Eldorado in France. When they arrive, they are forced to become skivvies. Shut away, without papers, they work 15 to 18 hours a day, seven days a week, without holidays or wages. The committee’s coordinator, Céline Manceau, divides their « masters » into three categories. « The first come from countries where slavery has never entirely disappeared. They import the model when they settle in France. It is a « traditional » kind of exploitation, within the same community or family. Other employers use networks of « recruitment agencies ». Finally, there are people who have served overseas. French people with a hankering for the good old days in the colonies. »

There are 200 million slaves in the world if the United Nations is to be believed (4), and thousands in France, according to those working on the ground. It is impossible to give a precise figure because modern slavery is invisible. Prohibited, it can only continue in secret. No need to chain the victims: just take away their identity cards and legally they cease to exist. Complaining to the police then means risking expulsion or prison.

As slavery does not exist in the criminal code, lawyers cite a combination of offences: employment of illegal workers, ill-treatment, abduction, illegal confinement, inhuman working and living conditions, etc. « Our cases have no material evidence, » lawyer Caroline Mécary explains. « They have no papers, so we have to start by establishing their presence on French soil. Only then can we try to prove that offences have been committed. »

Invisible in the eyes of the law, the modern-day slave is also hidden from the eyes of the world. « They are not people in their own right, » says Sahnoun Ridouh, a psychologist for the Versailles court of appeal. « They have no pleasures or needs – only subjection, suffering and imprisonment. Exile, being a stranger a long way from home, makes them extraordinarily vulnerable, virtually autistic: no communication is possible, except with the torturer. They’re humiliated and oppressed, but they talk to him because they know him. » It often takes something really drastic, like a rape or a death threat, to make a person leave. Flight, when flight is possible, is accompanied by feelings of guilt.

Even though the legal machinery exists and even though the practice is reprehensible, there is still a reluctance to prosecute the slave masters. Lawyers are constantly up against these psychological barriers. Anne-Sophie Nardon is helping a young girl from Madagascar who had been ruthlessly exploited. « When she ran away, she weighed 32 kilos; when she arrived in France 13 years earlier, she weighed 48. But she says she was properly fed. She finds it difficult to see herself as a victim and get away from her life of subjection. The first time we took her to a restaurant, she dived to the floor to pick up a serviette that had fallen from another table. »

The Committee Against Modern Slavery is bringing a growing number of criminal prosecutions. Several cases are already being investigated, and the first hearings are expected in a few months’ time. But a number of cases are also being held up by claims of diplomatic immunity. In March 1996, Mahret Kiflé, a young Eritrean woman, appeared on French television. She was 26 and had just regained her freedom after being held a virtual prisoner in the Paris home of the first secretary at the Lebanese embassy. With no passport and no wages, she had done interminable days of toil, broken only by a few hours’ sleep on a tiled kitchen floor. Following intervention by the French foreign ministry and the Lebanese ambassador, the diplomat will be paying the girl compensation – but she will keep her job.

« Our social traditions offer no excuse for these abuses, » Madagascar’s Paris ambassador, Malala Zo Raolison, assured me. « We make a distinction between mpiasa and mpamampy . The first are employees. They have employment contracts and are paid. The mpamampy is what you might call a domestic help, a girl or boy that well-off families recruit from the villages. He will work in his new home, but he will be fully part of the family. He will get food and lodging and go to school. But there will be no financial remuneration. »

Aubert Rabenoro, one of the oldest members of Paris’ Malagasy community, corrects this loose description of his country’s society. « Slavery was abolished in Madagascar over a century ago, but the caste mentality is still very much alive. People find it hard to move from a master-slave relationship to one of employer-employee. When Malagasy people are abroad, they do not see why they should be criticised for any particular practice. They do not, or do not want to, understand that what is permitted in their country is suddenly reprehensible. » Everything changes when they arrive in France. When domestic staff cross the border, their living conditions deteriorate. The nature of exploitation changes when it can only exist outside the law: it then means captivity.

The foreign ministry notes that the number of disputes has risen in recent months. But they are concerned only with legal workers, the several thousand holders of « special permits for domestic staff of diplomats ». The ministry does not require an employment contract to issue these passes. For the time being, there are just two requirements. The employer must allow his employee to keep the document, which serves as a residence permit. And, more recently, he must sign an undertaking to comply with the rules of employment law. Two minimum requirements with few controls, at the end of the day.

The foreign ministry does not conduct any investigations on its own initiative. It has to be informed before it will act. The Committee is often knocking on its door, and sometimes victims contact it direct. From time to time, the police also report cases, but they tend to operate a kind of self-censorship where diplomats are involved. Nevertheless, the ministry does have means of bringing pressure to bear. One, effective but rarely used, is to declare someone persona non grata (5). This has never been done for domestic slavery. The other solution is dialogue: contacting the embassies concerned, perhaps threatening not to renew certain permits with the status and advantages that go with them. Eventually, a friendly settlement is generally reached.

Christine Zékou, president of the Association of Ivory Coast Women in France (Nafif), provides school and social support in establishments in Paris’ 19th arrondissement . She comes across big problems every day. Every year, she sends young people to holiday camps in the country. And every year, she takes back home a few teenagers whose immigration had turned into slavery. « The idea of sending their sons or daughters to an influential family to make someone of them is deeply rooted among Ivory Coast people. Parents are easily taken in. Their children are promised France, school and the possibility of learning a trade. The promise is not always kept, especially as the young people generally arrive with a tourist visa. After three months, they’re illegal immigrants. They can’t go out, they can’t go to school. From then on, all kinds of abuse take place. »

Once again, the modern-day slave suffers all the more for being invisible. « Clandestinity is a breeding ground for every form of cruelty, » Doudou Diène, head of UNESCO’s « Slave Route » programme, explains (6). « Black slavery was never so inhuman as when it was legally banned, in the years immediately following abolition. In the same way, slavery is more insidious today because it is no longer justified by law or ideology. Unfortunately, more insidious does not mean more marginal (7). »

The scandal of the old slave-trading ports has given way to the anonymity of the large cities: slavery in new surroundings, adapting with every major economic change.

« How can we describe this highly specialised immigration that provides domestic workers and fills illegal workshops? » Mr Diène asks. « How can we describe a market concept that justifies the over-exploitation of certain countries and their population? » Although it devises new forms, slavery always takes the same routes, those ancient routes of shame that start in the south and lead north.

(4) This figure includes all forms of slavery (domestic slavery, debt slavery, child labour, forced labour, sexual exploitation of women and children). It is an assessment made by non-governmental organisations and quoted in numerous documents of the UN human rights commission.

(5) Article 9 of the Vienna Convention on Diplomatic Relations of 18 April 1961.

(6) In 1994 Unesco launched an information campaign on the transatlantic slave trade. The « Slave Route » seeks both to increase historical research and to analyse the consequences of this enforced encounter between Africa, Europe and the Americas.